In this webisode Katy one of the producers and creators of the documentary, Time is Art, shares a story about The Sigel of Ameth and how she opened two different books (The Secret Teachings of All the Ages by Manley P Hall being one of them) to the very page explaining the angelic significance of the symbol. 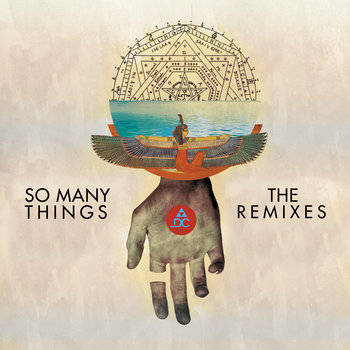 The Sigil of Ameth (or Sigillum Dei Aemeth — “Ameth” is Hebrew for “truth” ) is best known as the large, complex circular symbol, with six pointed figures and the names of God and various angels incribed thereon. The sigil is known in relation to the Enochian workings of Dr. John Dee, as he was instructed to re-create it by angels he contacted during his scrying sessions with Edward Kelly. The sigil predates Dee, having first appeared in a thirteenth century grimoire; it was later expanded upon by Athanasius Kircher. The wax disk was positioned in several places on the Holy Table beneath Kelly’s scrying stone and under each leg. The sigil would then protect the workings from outside influences. It was also an amulet with the magical function that, according to one of the oldest sources (Liber iuratus), allowed the initiated magician to have power over all creatures except Archangels, but usually only reserved for those who can achieve the blessed vision of God and angels (beatific visionary).

Katy is a co-creator of Time is Art and his a musician and artist and derives much of her inspiration from ancient esoteric books and art.